Question: Under the Mexican government system the land contractors who settled colonies in Texas were called what?
Answer: Hundreds of Anglo-American immigrant families settled in an empresario’s colony.

Question: Who was the empresario who pleaded the Texans’ case before the Mexican Congress in 1833?
Answer: Stephen Austin gave his name to the capital of Texas (Austin).

Question: Which Mexican leader was known as the “Napoleon of the West”?
Answer: Antonio López de Santa Anna, who led the Mexican army into Texas in 1836, was captured at the Battle of San Jacinto.

Question: Response from the defenders of the Gonzales cannon:
Answer: In the skirmish that became known as the “Battle of Gonzales,” the Texans held on to a cannon that had been given by the Mexican army to the town of Gonzales for defense against attack by Native Americans.

Question: What was the deciding battle of the Texas Revolution?
Answer: As they attacked the Mexican forces during the Battle of San Jacinto, members of Sam Houston’s army yelled, “Remember the Alamo!” and “Remember Goliad!”

Question: Author of the Letter from the Alamo:
Answer: In his plea for help in the defense of the Alamo, Col. William Travis pledged “Victory or death!”

Question: Which of these is the site of the execution of some 400 Texas independence fighters?
Answer: Having waited too long to begin their withdrawal from Goliad, the Texan forces led by Col. James Fannin were attacked in open country in the Battle of Coleto, which eventually led to the Goliad Massacre.

Question: Which of these was a legendary frontiersman who fought and died at the Alamo?
Answer: After being defeated in 1835 in a run for the seat in the House of Representatives for Tennessee that he had held three times, Davy Crockett headed west to Texas.

Question: What years did the Republic of Texas exist?
Answer: On December 29, 1845, U.S. Pres. James K. Polk signed the act admitting Texas to the union as a state. 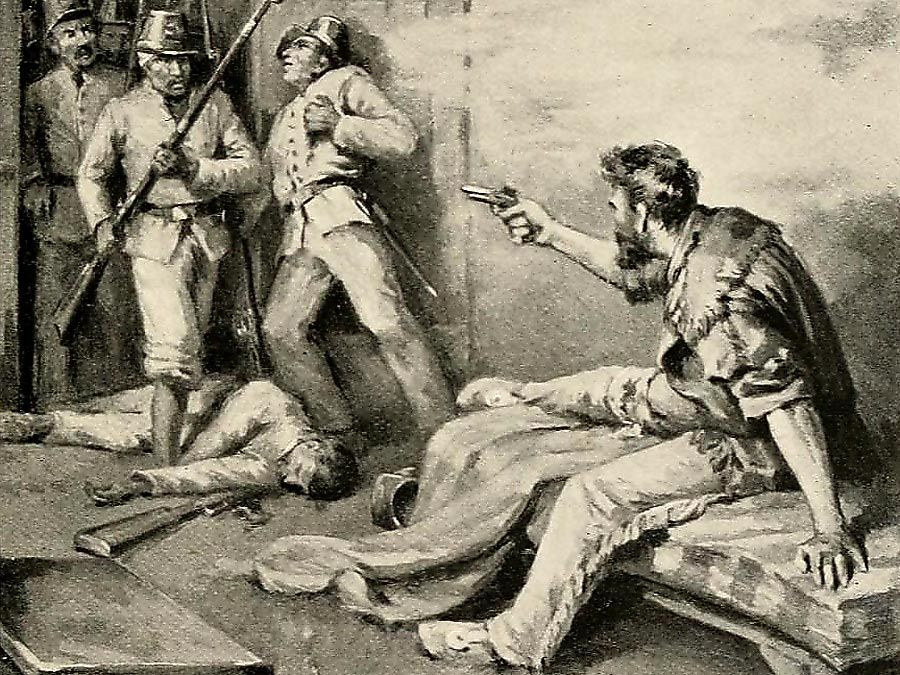 What was the deciding battle of the Texas Revolution? Where was the Texas Declaration of Independence signed? Test your knowledge with this quiz.

Health & Medicine
Human Organs: Fact or Fiction?
Browse All Quizzes
Your results
Question Question {{($index + 1)}}
Your Answer:
{{vm.state.responses[$index].isCorrect ? 'Your' : ''}} Correct Answer:
Are you a quizmaster?
Share Your Score:
Facebook Twitter
Compare your score
Max Score: {{vm.maxPoints}}
New Best Score!
{{vm.state.score|number:0}}
{{vm.communityAverage|number:0}}
Your Score
Community Average
High scores
Login or Join to track your quiz stats, save your best scores, and compete with the community!
Your preference has been recorded
What were the year’s biggest stories?