Question: Which actor made his film debut in A Nightmare on Elm Street?
Answer: In the 1984 horror classic, he played Glen Lantz, a high-school student who gets eaten by his bed.

Question: Who is the villain in Halloween?
Answer: After murdering his sister when he is six, Myers later escapes from a mental institution to terrify an Illinois town.

Question: Which actor played the killer in Se7en?
Answer: He was cast as John Doe, who bases his murders on the seven deadly sins.

Question: Which of the following was not based on a Stephen King work?
Answer: The screenplay was written by William Peter Blatty—who won an Oscar for that—and was adapted from his best seller.

Question: What is the occupation of Hannibal Lecter, the serial killer who appears in such films as The Silence of the Lambs?
Answer: Lecter is widely considered one of the best screen villains of all time.

Question: Which of the following did not feature Jamie Lee Curtis?
Answer: Early in her career, Curtis appeared in numerous horror films, becoming known as the “Scream Queen.”

Question: Who is the murderer in Friday the 13th?
Answer: Jason’s mother was the original killer, although subsequent movies in the series cast Jason as the villain.

Question: The Texas Chainsaw Massacre’s Leatherface wears a mask made from what?
Answer: The cannibalistic serial killer first appeared in the 1974 film, which launched a popular franchise.

Question: Who directed Scream?
Answer: Craven was responsible for numerous scary blockbusters, including this 1996 classic. 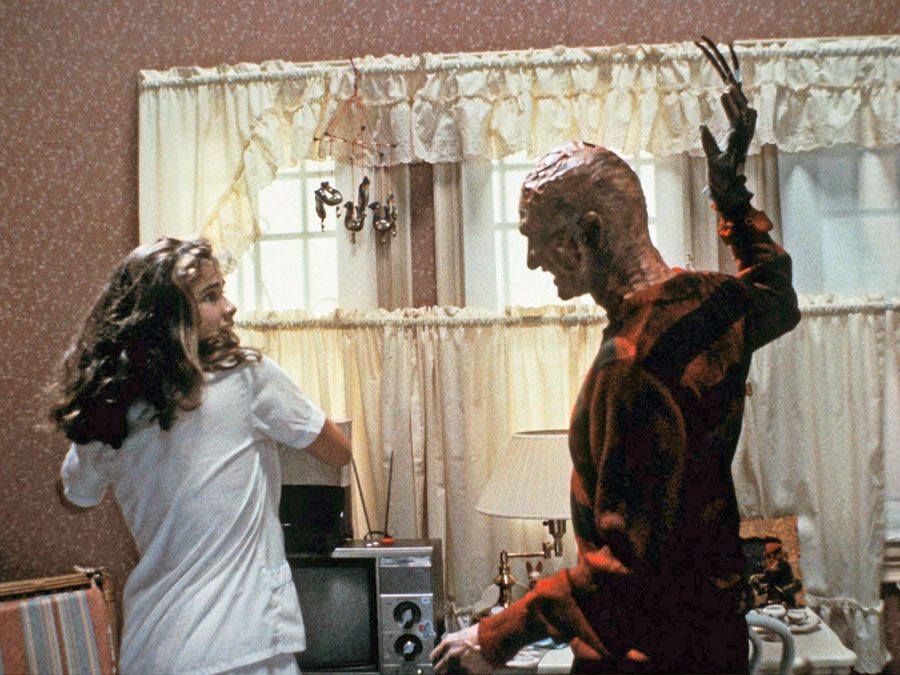 Do you know your horror movies? Test your scary cinema knowledge with this quiz.

Literature
Famous Quotes
Browse All Quizzes
Your results
Question Question {{($index + 1)}}
Your Answer:
{{vm.state.responses[$index].isCorrect ? 'Your' : ''}} Correct Answer:
Are you a quizmaster?
Share Your Score:
Facebook Twitter
Compare your score
Max Score: {{vm.maxPoints}}
New Best Score!
{{vm.state.score|number:0}}
{{vm.communityAverage|number:0}}
Your Score
Community Average
High scores
Login or Join to track your quiz stats, save your best scores, and compete with the community!
Your preference has been recorded
Check out Britannica's new site for parents!