Question: Which World War I battle is regarded as the first widespread use of tanks in combat?
Answer: On November 20, 1917, hundreds of British tanks shattered German lines at Cambrai, but bad weather and inadequate infantry support doomed the offensive. Germany regained virtually all of its lost territory within two weeks.

Question: Which legendary Carthaginian general is said to have sworn undying enmity against Rome prior to carrying out a nearly 20-year military campaign against the city and its allies?
Answer: One of the most-gifted military commanders of antiquity, Hannibal was a brilliant exponent of early maneuver warfare.

Question: When this German officer surrendered at Stalingrad in January 1943, he became the first field marshal in German history to be captured.
Answer: With no hope of relief and forbidden by Hitler to attempt a breakout, Germany’s beleaguered Sixth Army commander rejected the order to commit suicide that was implicit with his last-minute promotion to field marshal.

Question: This naval battle took place shortly after the Spartan stand at Thermopylae, and it checked the Persian advance in Greece.
Answer: Athenian naval strategist Themistocles sacrificed his own city, which was put to the torch by the Persians, in an ultimately successful effort to achieve the advantage over the numerically superior Persian fleet.

Question: The sinking of this ocean liner during the final months of World War II in Europe was the deadliest maritime disaster in history.
Answer: The overwhelming majority of the 9,000 people who died in the sinking of the Gustloff were civilians, but because it was a German ship acting as a military transport in a time of war, it was seen as a legal target for Russian submariners.

Question: This Shawnee chief led what was arguably the most-formidable pan-Indian military force in North America, and he helped capture Detroit without firing a shot.
Answer: In addition to the capture of Fort Detroit, Tecumseh participated in a battle known as Saint Clair’s Defeat, an encounter that is widely regarded as the worst rout of a U.S. military force by Native American warriors.

Question: What kind of aircraft was the Enola Gay, the plane that dropped the atomic bomb on Hiroshima?
Answer: The B-29 was the longest-range heavy bomber in the U.S. fleet, and both atomic bombs were dropped by B-29s taking off from the island of Tinian.

Question: Upon hearing of his victory at the Battle of Trafalgar, this British admiral’s last words were “Now I am satisfied. Thank God, I have done my duty.”
Answer: Nelson was shot and mortally wounded by a French sniper, but the combined French and Spanish fleet had been annihilated, and Napoleon’s visions of British conquest were shattered.

Question: This battle, which took place a short distance southwest of the Sea of Galilee, halted Mongol expansion to the west.
Answer: The Mamlūk army led the 10,000-strong Mongol force into a trap, thus sparing Cairo the fate that had been suffered by Baghdad.

Question: Disease accounted for a hugely disproportionate number of casualties in this 19th-century war, so much so that nursing pioneer Florence Nightingale was enlisted to improve conditions in military hospitals.
Answer: Death rates due to disease were appalling in the Crimean War, accounting for some 90 percent of fatalities. 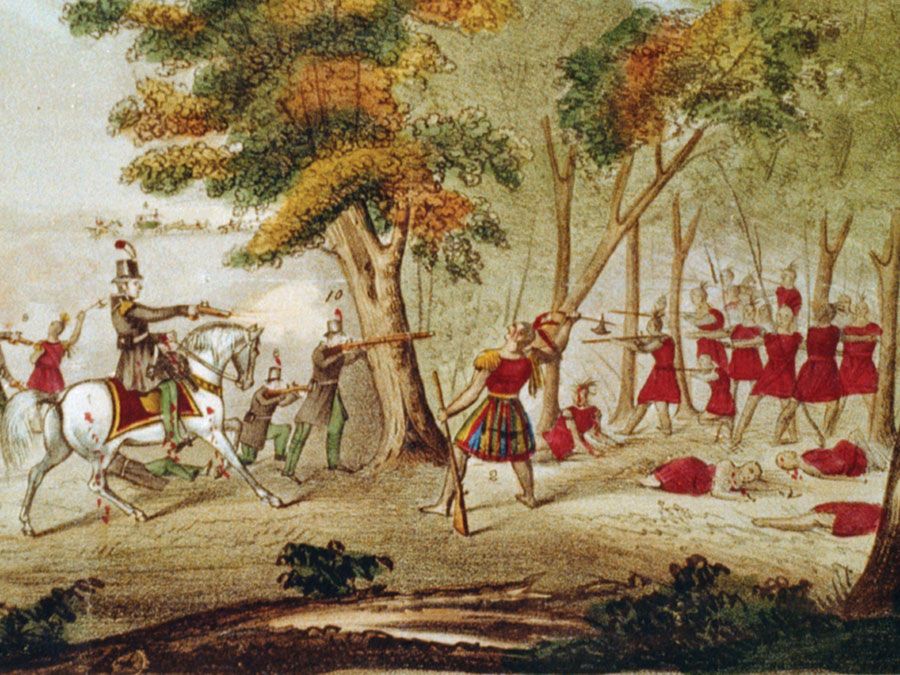 Can you tell your Salamis from your Stalingrad? Test your knowledge of some of the greatest moments in military history.

Technology
Gadgets and Technology: Fact or Fiction?
Browse All Quizzes
Your results
Question Question {{($index + 1)}}
Your Answer:
{{vm.state.responses[$index].isCorrect ? 'Your' : ''}} Correct Answer:
Are you a quizmaster?
Share Your Score:
Facebook Twitter
Compare your score
Max Score: {{vm.maxPoints}}
New Best Score!
{{vm.state.score|number:0}}
{{vm.communityAverage|number:0}}
Your Score
Community Average
High scores
Login or Join to track your quiz stats, save your best scores, and compete with the community!
Your preference has been recorded
What were the year’s biggest stories?