You are using an outdated browser. Please upgrade your browser to improve your experience and security.
Frank Wedekind
German actor and dramatist
Media
Print
Thank you for your feedback

Frank Wedekind, original name Benjamin Franklin Wedekind, (born July 24, 1864, Hannover, Hanover [Germany]—died March 9, 1918, Munich), German actor and dramatist who became an intense personal force in the German artistic world on the eve of World War I. A direct forebear of the modern Theatre of the Absurd, Wedekind employed episodic scenes, fragmented dialogue, distortion, and caricature in his dramas, which formed the transition from the realism of his age to the Expressionism of the following generation.

The son of a German American father and a Swiss mother, Wedekind lived in Switzerland from 1872 to 1884, when he moved to Munich, where he remained until his death. He was successively an advertising manager, the secretary of a circus, a journalist for the satirical weekly Simplicissimus, a cabaret performer, and the producer of his own plays. The electric quality of his personality has been attested by his contemporaries.

Wedekind’s characteristic theme in his dramas was the antagonism of the elemental force of sex to the philistinism of society. In 1891 the publication of his tragedy Frühlings Erwachen (The Awakening of Spring, also published as Spring Awakening) created a scandal. Successfully produced by Max Reinhardt in 1905, the play is a series of brief scenes, some poetic and tender, others harsh and frank, dealing with the awakening of sexuality in three adolescents. In the Lulu plays, Erdgeist (1895; Earth Spirit) and Die Büchse der Pandora (1904; Pandora’s Box), he extended the theme of sex to the underworld of society and introduced the eternal, amoral femme fatale Lulu, who is destroyed in the tragic conflict of sexual freedom with hypocritical bourgeois morality. These two tragedies inspired Alban Berg’s opera Lulu. The character of Lulu is most identified with actress Louise Brooks, who portrayed her in G.W. Pabst’s masterful silent film version of Die Büchse der Pandora (1929). 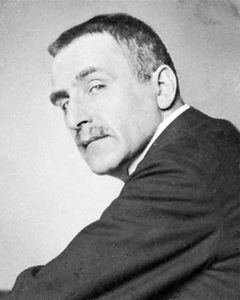